Up from the Bottomless Pit and Other Stories 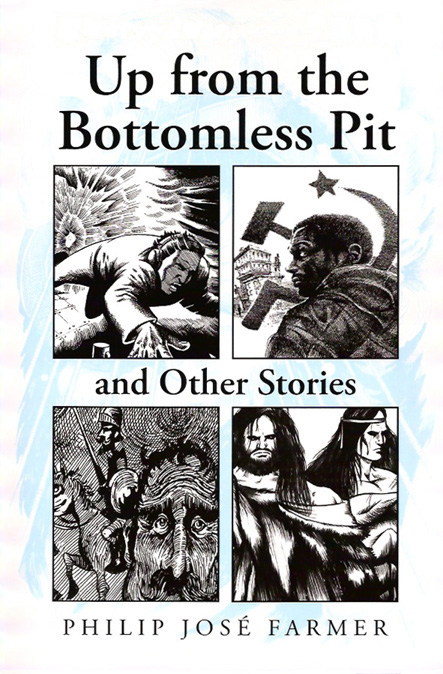 Philip José Farmer: maker of universes and chronicler of fantastic adventures, legendary Hugo Award winner and Nebula Grand Master… Today few realize that Farmer was writing literary fiction long before he set the science fiction world afire with his groundbreaking “The Lovers.” Up from the Bottomless Pit and Other Stories collects these little known treasures, along with other fantastical tales—all making their first appearance here in book form.

Sure to excite readers of science fiction everywhere is the inclusion of Farmer’s “lost” novel of the ultimate ecological nightmare. Set in an alternate past circa the 1970s, Up from the Bottomless Pit tells of a world so ravenous in its desire for oil that it has thrown caution to the wind. Using an experimental laser drill, humankind burns a hole through the ocean floor only to unleash a deadly torrent that threatens to wipe out all life on the planet.

With its first-time collection of a lost novel, ultra-rare works, tales of science fiction and fantasy, Up from the Bottomless Pit and Other Stories presents a compelling new look at one of speculative fiction’s most beloved literary giants.