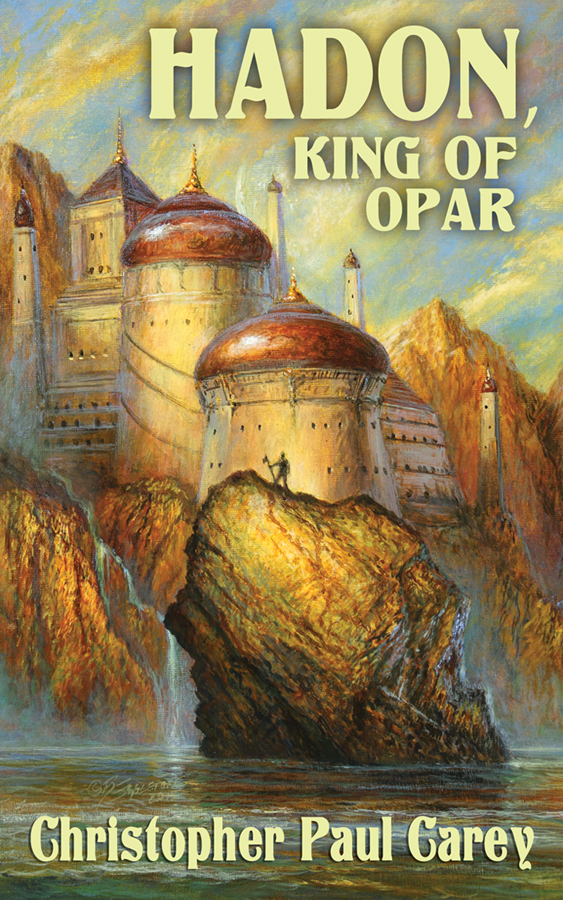 Opar, legendary city of gold and fabulous treasures, once shined as the most precious jewel of Khokarsa, a mighty empire whose magnificent cities stretched across the shores of ancient Africa’s vast inland seas. But a horrific cataclysm has shattered the other great metropolises of the land and the bountiful seas have slowly begun to drain. Now golden Opar stands alone—the last bastion of a dying civilization, battling to survive in a hostile and rapidly changing world.

When a mysterious enemy strikes from out of the wilds, King Hadon must lead his golden city against the most perilous threat it has ever faced. As he embarks on a mission to confront the danger, Hadon runs headlong into a maze of plots and intrigues lurking in the ages-old tunnels deep beneath the city. Soon he discovers the ancient war between the followers of the goddess Kho and the sun god Resu never truly ended. Unless Hadon can rally his most daunting enemies to fight by his side and rescue his daughter La from the clutches of a ruthless pirate lord, the city of gold and jewels will soon lie in ruins, the long-held prophecy of its greatness hurled into oblivion…