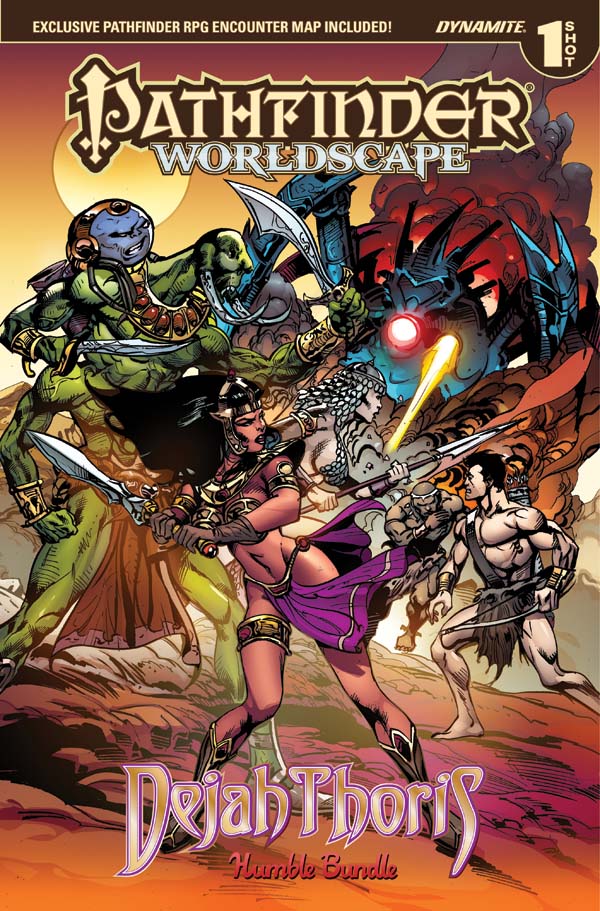 When Dejah Thoris and Tars Tarkas investigate a mysterious gap in the memory of John Carter, Warlord of Barsoom, they find themselves hurled into the interdimensional demiplane of the Worldscape. Caught in a bloody conflict between the Council of Jungle Kings and a Technic League captain from Golarion, Dejah Thoris must use both her scientific knowledge and her keen-edged blade to survive the perils of the Worldscape. Dejah Thoris meets the world of Pathfinder in this epic crossover written by Pathfinder senior editor Christopher Paul Carey (Pathfinder Worldscape: Lord of the Jungle).