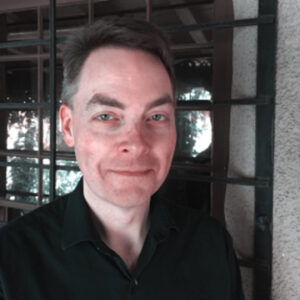 Christopher Paul Carey is the coauthor with Philip José Farmer of The Song of Kwasin, and the author of Exiles of Kho, Hadon, King of Opar, and Blood of Ancient Opar, all works set in Farmer’s Khokarsa series. He is the author of Swords Against the Moon Men, an authorized sequel to Edgar Rice Burroughs’ classic science fantasy novel The Moon Maid, as well as the forthcoming ERB Universe novel Victory Harben: The Fires of Halos. He has scripted several comic books set in Burroughs’ worlds, including Carson of Venus: The Flames Beyond, Pellucidar: Dark of the Sun, and Pathfinder Worldscape: Dejah Thoris. His short fiction may be found in various anthologies. He is Director of Publishing at Edgar Rice Burroughs, Inc., the corporation founded by Burroughs in 1923, and he has edited more than 60 novels, anthologies, and collections for a variety of publishers. He lives in Southern California.