The Other in the Mirror 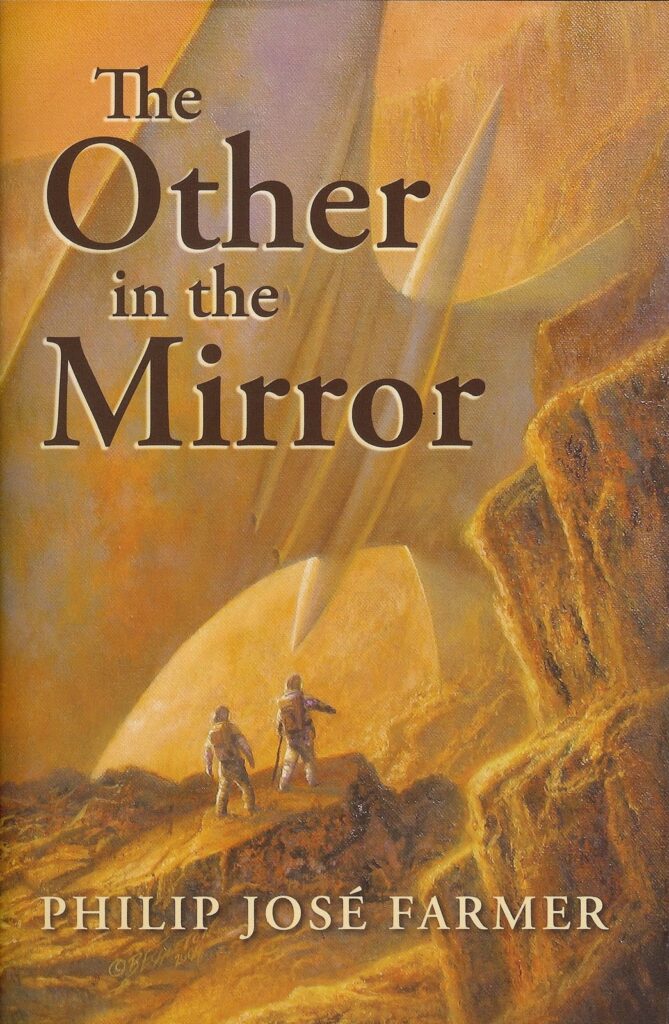 The Other in the Mirror brings together three classic novels by Philip José Farmer: Fire and the Night, Jesus on Mars, and Night of Light. All three are united by one of SF’s central tropes, that of The Other.

Fire and the Night is a mainstream novel so rare that even many of Farmer’s most dedicated fans have never read it. First published in 1962, it is also one of the author’s most daring works, exploring the issue of racial Otherness in a mesmerizing tale of temptation and entrapment in a small industrial Midwestern town.

In Jesus on Mars, Richard Orme and the crew of the Barsoom embark on the first manned mission to the Red Planet, intent on investigating what seemed to be evidence of life beamed back to Earth by a robotic survey satellite. But Orme discovers in the hollowed-out Martian caverns what he and the scientists back home least expect: a group of aliens, as well as humans transplanted from first century A.D. Earth, led by a being who claims to be Jesus of Nazareth Himself. Soon Orme and his crew are shocked to find that The Other they face is made all that more alien because of its similarity to humanity’s past.

Night of Light is not only one of Farmer’s most psychologically gripping SF tales, it is also the novel which inspired Jimi Hendrix’s psychedelic rock classic “Purple Haze.” John Carmody is a fugitive from Earth, condemned to exile for brutally murdering his wife. Hired by the galactic Church on a mission to squelch a burgeoning rival religion, Carmody must take the Chance on the planet Dante’s Joy and risk his worst nightmares becoming reality. But that’s not the worst of it: the Fathers of Algul and the Fathers of Yess have their own plans for the conscienceless Carmody—for to the inhabitants of Dante’s Joy, Carmody himself is The Other… and they need his alien flesh to give birth to God.

“Introduction: In the Alien Corn: Philip José Farmer and The Other”
by Christopher Paul Carey
Fire and the Night
Jesus on Mars
Night of Light