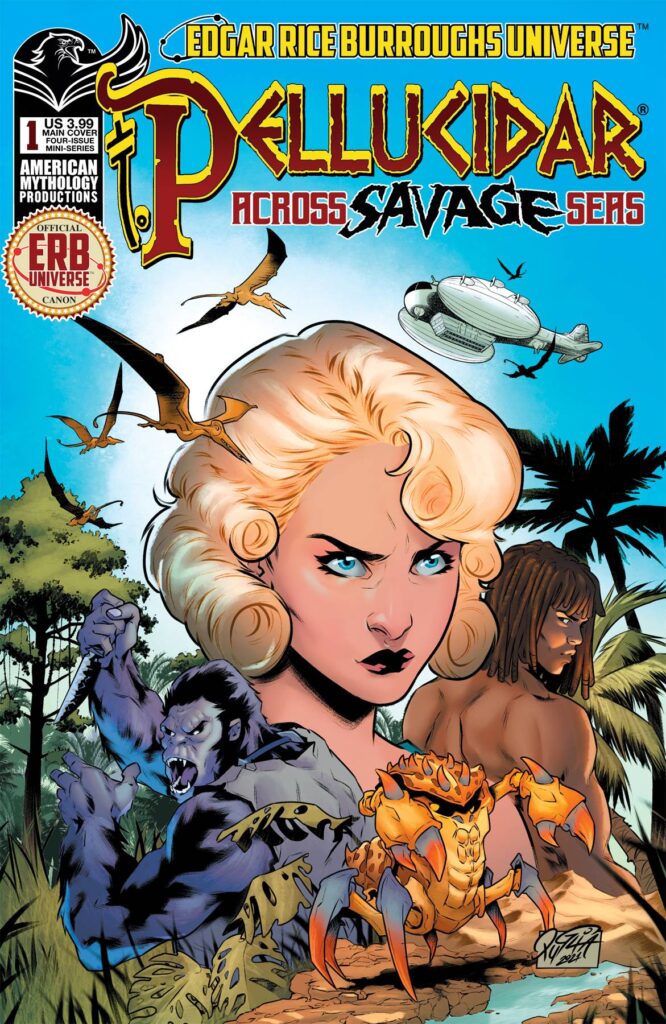 Journey to the fabled, savage land of Pellucidar in an all-new, canonical tale set in one of Edgar Rice Burroughs’ most wondrous and dangerous worlds! A seat is reserved just for you aboard the incredible, vacuum airship Favonia as it transports intrepid anthropologist Gretchen von Harben, adventurer Jason Gridley, and Captain Douglas Connover and his crew to the inner world of Pellucidar, on a mission to deliver a supply of Harbonite metal to Abner Perry. But when the Favonia is attacked by ravenous pterosaurs, Gretchen will find herself hurled into a nightmarish adventure beyond imagining in the world at the Earth’s core, a land teeming with prehistoric beasts and bizarre, humanoid creatures never before seen. Co-written by ERB, Inc. novelists Christopher Paul Carey (Swords Against the Moon Men, Victory Harben: Fires of Halos) and Mike Wolfer (“Victory Harben: Clash on Caspak”), Pellucidar: Across Savage Seas ties to both Edgar Rice Burroughs previous Tarzan and Pellucidar novels, and the ongoing Edgar Rice Burroughs Universe novels now in release, but is designed for new readers who are about to make their first journey to Pellucidar, at the Earth’s core… If they have nerves of steel! This series comes with three covers – Main by series artist Mariana Puglia, Variant by Mike Wolfer, and a 350 copy Limited Edition also by Puglia. 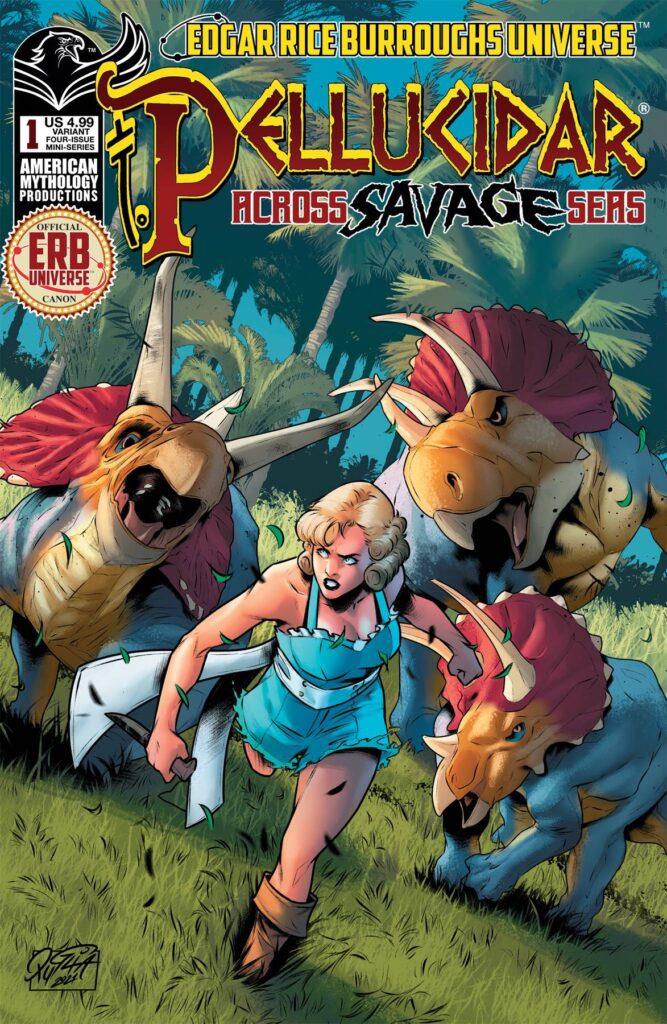 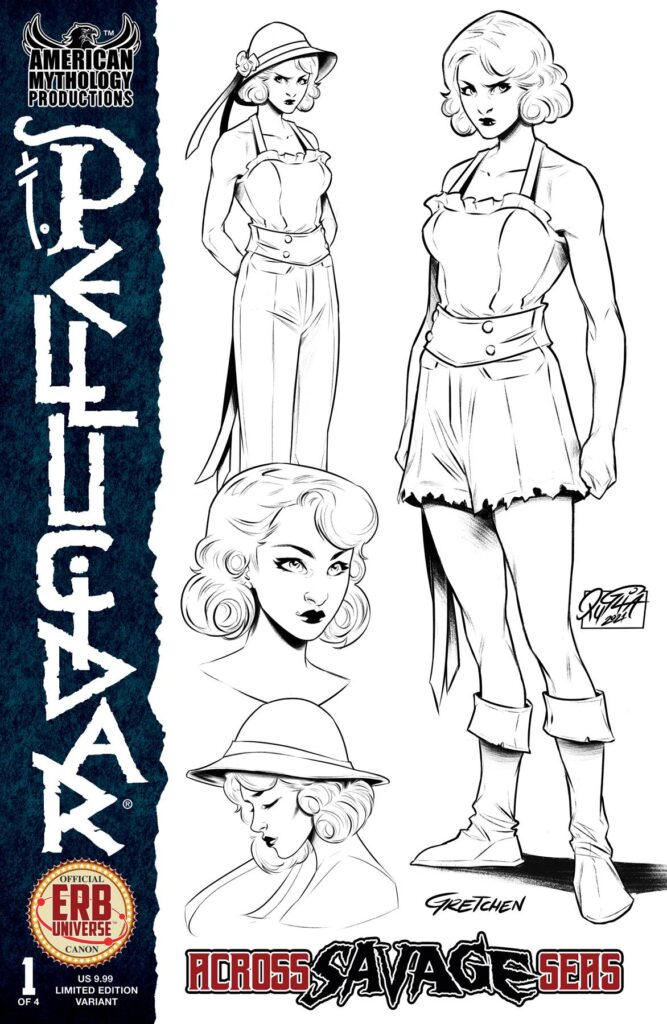